The Campaign is Underway

On July 30, 2012, Ukraine's election campaign officially kicked off, with many parties announcing their party lists and constituency nominations over the last couple of days. Once again, Ukraine will use a mixed electoral system after discarding the national-level proportional representation system used in the 2006 and 2007 elections. The details of the mixed system in the initial legislation indicated that it would function similarly to Ukraine's mixed system in 1998, but the election law was modified after adoption especially due to the judiciary's reaffirmation that dual candidacy violates the constitution. It now seems that the rules will be closer in form to the 2002 version of the mixed system.

Since President Yanukovych's victory in January 2010's presidential election, domestic and international observers of Ukraine's politics have criticized the deterioration in the quality of democracy. Following the 2010 local elections held in the fall, I collaborated with Nazar Boyko on a paper that is forthcoming in the Journal of East European and Asian Studies (pdf). We initially wrote the paper for a roundtable held at George Washington University in early 2011 to assess President Yanukovych's first year in office. As is often the case with academic publishing, it has taken time to get the paper to press.

In the article, we first evaluate the election results, noting that they underscore the consolidation of Party of Regions control in the east and south, and its expansion in the central regions. Results in the west are more varied, with some parties aligned with the regime winning local races (e.g., in Zakarpatska) and minor parties gaining footholds in other areas (e.g., Svoboda in L'viv). We discuss some of the possible reasons for these developments, and present implications for the parliamentary elections. Notably, we suggest that Svoboda's successes are likely to be short-term and induced by peculiarities of the election campaign in specific regions, and that the opposition was once again hampered by its inability to coalesce. Public opinion polls suggest that the former observation is on target and the behavior of the opposition suggests that it may have partially addressed the latter. We also outline variation in election administration, with some regions manifesting degradation in the quality of elections and others by-and-large showing no evidence of widespread, systematic, or decisive fraud. The parliamentary elections will be an important test of the Party of Region's cohesion (with the re-introduction of constituency races potentially undermining party centralization), the ability of the opposition to overcome collective action problems and coordinate campaigns on party lists and in the districts, and the commitment of the regime to hold free and fair elections.

Fall 2012 promises to be an interesting time for elections across the region, with parliamentary votes scheduled in Belarus (September 23), Georgia (October 1), Lithuania (October 14), and Ukraine (October 28). I will be writing more about Ukraine's election in the coming weeks, including a an election note for the journal Electoral Studies that will be cross-posted on the Monkey Cage, and will comment a bit on the other elections as well. 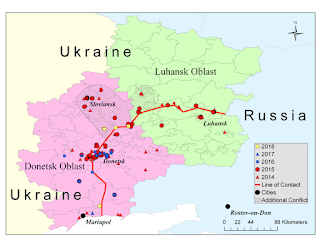 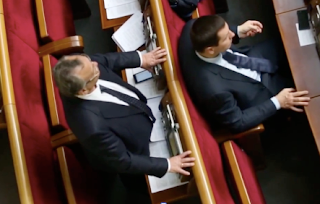